Transformed for the Next Generation, the Event will Stream Live on Jan. 31 at 5pm ET Across NFL Social Channels and EA Madden NFL Twitch

Coming to fans directly on digital and social channels, EA SPORTS is delivering a transformed Pro Bowl through Madden NFL 21, meeting the next generation of NFL fans where they live online. The event will stream on the NFL YouTube, Twitter and Facebook, as well as EA Madden NFL Twitch on Sunday, Jan. 31 at 5pm EST, capping a week of Pro Bowl celebrations across the NFL, which also includes a free trial* of Madden NFL 21.

The Pro Bowl: The Madden NFL 21 Edition Presented by Verizon

Snoop Dogg, Deshaun Watson, Derrick Henry and Keyshawn Johnson competing for the AFC, while Bubba Wallace, Marshawn Lynch, Kyler Murray and Jamal Adams will play for the NFC. The two star-studded teams, featuring 2021 Pro Bowl QBs as team leads, will play in Madden NFL 21 from their homes using the official Pro Bowl rosters with a new competitor tapping in to play each quarter. Emmy winner and Pro Football Hall of Famer Michael Strahan and Charissa Thompson will host the Sunday event with popular streamers Ninja, FaZe Swagg, AustinShow and AMP also hosting live watch parties on their channels Sunday at 5pm EST. The event will reair primetime at 8pm ET on NFL Network and again at 12:30am ET.

„EA SPORTS’ commitment to help fans experience sport in new ways is realized perfectly by the transformation of this year’s Pro Bowl to the virtual field of Madden NFL.“ said David Tinson, CMO, Electronic Arts. „We’re further blurring the lines between reality and the virtual worlds of our games, creating new opportunities to connect fans through the sport they love.“

„The Pro Bowl is a highly anticipated event each year for players and fans and we’re thrilled to have created an all-new virtual experience with EA SPORTS.“ said Peter O’Reilly, NFL EVP of Club Business and Events. „Bringing our all-star game to a virtual stage in Madden has allowed fans to engage and enjoy the Pro Bowl. Despite the unprecedented challenges of the last year. We’re excited for fans to celebrate the best players in the NFL all on one field this weekend.“

„We’ll be taking the Pro Bowl to the virtual world of Madden this weekend and I can’t wait to do it big with football fans in my favorite game.“ said Snoop Dogg. „I’m a Madden NFLstar. So Kyler and Marshawn better watch out – my team is comin’ in to win that championship title for the AFC.“

Fans can continue to play out their own 2021 Pro Bowl with the official rosters in Madden NFL 21.

Also, from Jan. 28-31, a trial of the complete Madden NFL 21 experience will be free* to players across all platforms, including Stadia, Google’s gaming platform that lets players instantly play their favorite video games on screens they already own. EA is launching Madden NFL 21 on Stadia this Thursday, making it the first game developed on the Frostbite engine released on the platform. Madden NFL 21 on Stadia will reach more players where they play, adding to the list of platforms where the game is available. After the free trial is over, the game will continue to be available on Stadia for those who buy it and the Madden NFL 21: Superstar Editionwill be 60 percent off across all platforms until Feb.8.

Starting today, fans can tune in to the EA Madden NFLTwitch which will show a variety of competitive entertainment in the lead up to Sunday’s can’t miss main event, the Pro Bowl: The Madden NFL 21 Edition Presented by Verizon.

EA SPORTS’ week-long 2021 Pro Bowl programming begins at 3pm EST today with the Madden NFL21 charity tournament, the Chunky’s Million Meals Challenge presented by Target. Fans can also catch the NFL Flag Madden 21 Youth ClubChampionship presented by Subway, Wednesday at 7pm EST, and the Madden NFL21 Club Championship, where 32 of the best Madden NFLcompetitors battle for a share of the largest prize pool in Madden NFL eSports history, this Thursday and Friday at 5pm EST all on EA Madden NFLTwitch. 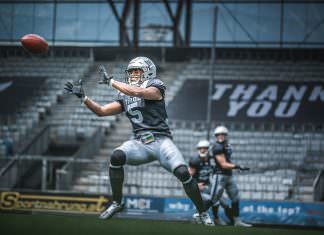