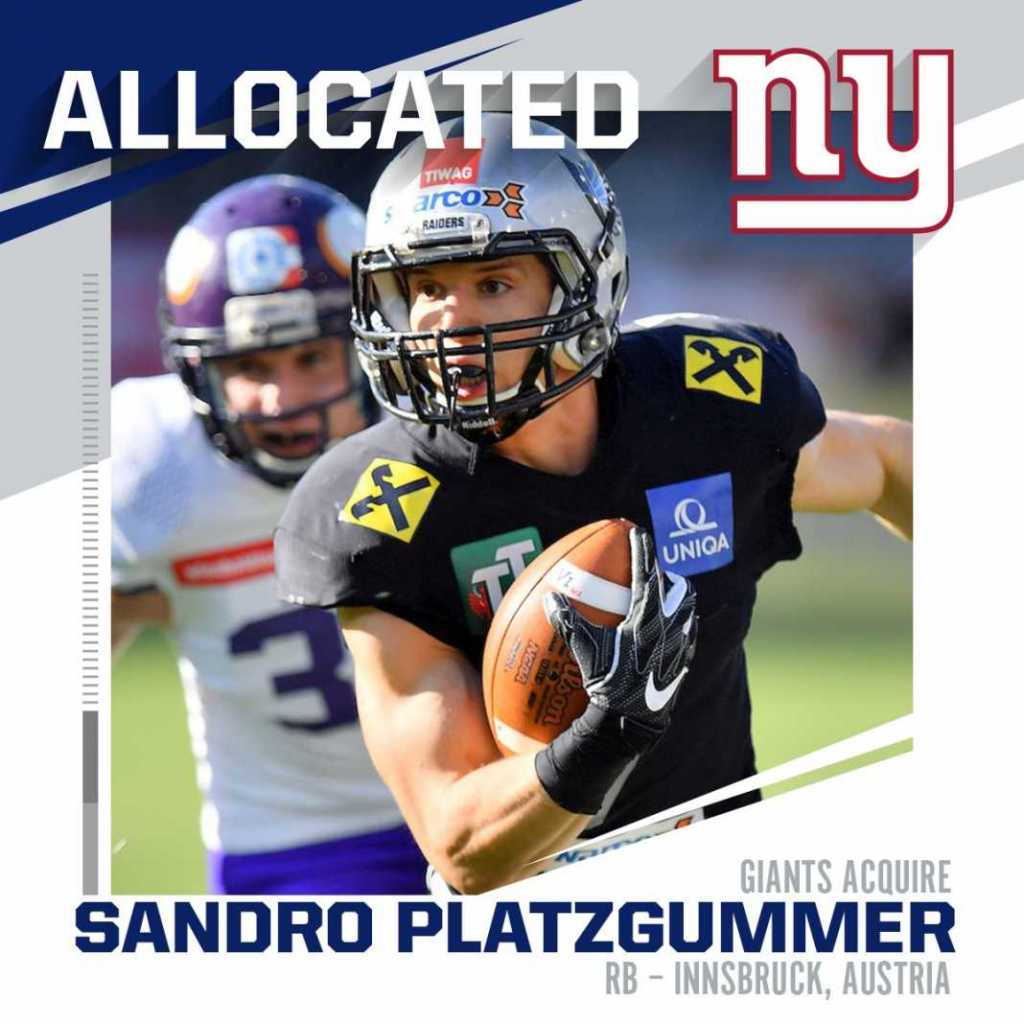 Four teams will carry an additional overseas player on their practice squads in 2020 as part of the International Player Pathway program, the NFL announced today.

The four NFC East clubs will carry these overseas players on their roster until the end of training camp. At that time, the players are eligible for an international player practice squad exemption, granting the team an extra practice squad member that is ineligible to be activated during the 2020 season.

The NFC East was chosen to receive these players in a random draw.

After the NFL conducted an International Combine in Germany last October, the players received additional training and development alongside NFL players and draft hopefuls in Florida at IMG Academy this winter.

The International Player Pathway Program was instituted in 2017 and aims to provide international athletes the opportunity to compete at the NFL level, improve their skills and ultimately earn a spot on an NFL roster.

ISAAC ALARCON, Offensive Tackle, (Mexico) – Dallas Cowboys
Represented Mexico at the U19 World Championships facing Team USA, Canada and Japan. Attended ITESM Monterrey, where he saw action at both right and left tackle. While at the university, he won the 2019 national championship and was selected to the CONADEIP all-star team.

DAVID BADA, Defensive End, (Germany) – Washington Redskins
Competed in the German Football League’s top division for the Schwabisch Hall Unicorns. Had previously played for the Ingolstadt Dukes, where he developed as a pass rusher.

MATT LEO, Defensive End, (Australia) – Philadelphia Eagles
Played rugby while growing up in Australia. Earned a scholarship to Arizona Western College, then transferred to Iowa State. Was redshirted for one year and finished his eligibility by playing for two years as a defensive end. In 2019, Leo played in all 13 game, posting 14 tackles, 5.5 tackles for loss and one sack. A liberal studies major, he was First-Team Academic All-Big 12 Conference in 2019.

SANDRO PLATZGUMMER, Running Back, (Austria) – New York Giants
Participated in youth football leagues while growing up in Austria. Represented Austria on their U19 team and competed on the senior team in the 2018 European Championships. In 2019, Platzgummer played running back for the Swarco Raiders Tirol of the Austrian Football League with nearly 1000 total yards and 15 total touchdowns.

Johnson made his NFL debut during the 2019 season in a Week 3 win against the New York Jets. His first NFL start came the following week in Buffalo where he contributed as a lead blocker. And in Week 5 he made his first career reception for five yards against the Washington Redskins. Originally assigned to the Patriots through the International Pathway Program, the Patriots elected to forgo that option and make him a regular member of their 10-man practice squad, which gave them the option of promoting him to their active roster. Prior to the NFL, Johnson played for the Stuttgart Scorpions of the German Football League before moving to Jacksonville where he played one season of high school football in the United States. He was then recruited by the University of Tennessee.

Played domestically in Brazil for the past four seasons on the two best teams in Brazil. A judo champion prior to playing football, he is known for his tremendous athletic ability and a willingness to learn. Spent the 2019 season on the Miami Dolphins’ practice squad.

Represented the English National Rugby Team at the U16, U18, U20 and senior levels. Was selected to the British and Irish Lions squad, the highest honor for a rugby player. His 82 Premiership Rugby tries (touchdowns) ranks third on the league’s all-time list.  A projected running back, he has outstanding athletic ability and a versatile skill set. Spent the 2019 season on the Buffalo Bills’ practice squad. Wade raised eyebrows during the 2019 preseason with two long runs, showcasing his superior speed.
Notable International Player Pathway Program Participants Currently on NFL Rosters:

The 2018 NFL Draft culminated an exciting time for Mailata, a past program participant.  The Samoan-born Australian former professional rugby league player for the South Sydney Rabbitohs was drafted in the seventh round by the Philadelphia Eagles (thereby making him ineligible for the International Player Pathway Program).  Converted to football full-time early in 2018, the 6-8, 350-pounder impressed NFL scouts at various workouts with his strength, footwork and athleticism. He was the youngest players on the Eagles roster in 2018 and remains with the team.

Obada become the first player from the NFL International Pathway program to make a 53-man roster in 2018. He played his first regular season game in Week 3 against the Cincinnati Bengals, earning NFC Defensive Player of the Week honors for his one-sack, one-interception performance. In 2019, Obada posted a career-best 24 tackles and played in all 16 of the Panthers’ games, including their 2019 International Series game in London, where he was named an honorary captain. 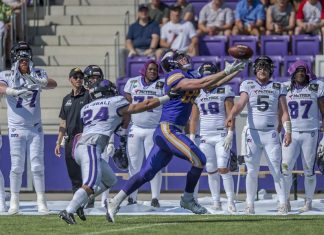