… registered three receptions on Sunday. He has 70 receptions in 2019, his fifth career season with at least 70 catches, tied with Pro Football Hall of Famer SHANNON SHARPE (five) for the fourth-most such seasons by a tight end in NFL history.

Los Angeles Rams quarterback JARED GOFF passed for 424 yards with two touchdowns and zero interceptions for a 118.0 passer rating in the team’s 34-7 win at Arizona.Goff, in his fourth NFL season, has passed for at least 400 yards and two touchdowns in four career games, tied with DAK PRESCOTT (four) for the second-most such games in a player’s first four seasons in NFL history. Only Pro Football Hall of Famer DAN MARINO (seven) had more.‘ 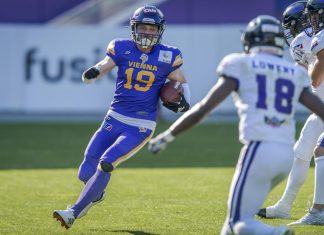