That’s because, speaking of all-time, none of the previous 100 NFL seasons through five weeks have produced more points or touchdowns than 2020.

Two of those high-scoring teams, the CLEVELAND BROWNS (4-1) and PITTSBURGH STEELERS (4-0) – go head to head Sunday in an AFC North showdown at Heinz Field (1:00 PM ET, CBS). Cleveland, off to its best start since 1994, has scored 30-or-more points in four consecutive contests, its longest streak since a seven-game stretch in 1968. The Browns lead the AFC with 19 total touchdowns. Pittsburgh is coming off its highest-scoring game in nearly two years, a 38-29 win over the Eagles in Week 5. In the victory, Steelers wide receiver CHASE CLAYPOOL, a native of Abbotsford, British Columbia, Canada, became the first rookie in NFL history to score three receiving touchdowns and one rushing touchdown in the same game. Claypool leads all rookies with five touchdowns (four receiving, one rushing) in 2020.

BATTLE OF THE BAYS

The highest-scoring team this year, the GREEN BAY PACKERS (38.0 points per game), emerges from a bye and travels to meet the TAMPA BAY BUCCANEERS on Sunday (4:25 PM ET, FOX). Green Bay (4-0) is off to its best start since beginning the 2015 season 6-0. Packers running back AARON JONES and Buccaneers wide receiver MIKE EVANS are tied for third in the NFL with six touchdowns each; both players have reached the end zone in each of their team’s games this season.

Mike Evans says “And-1” after scoring a TD 😂

Quarterbacks AARON RODGERS (13) and TOM BRADY (12) have combined for 25 touchdown passes this season. They square off in the rubber match of their series as starting quarterbacks, with each player winning one of the first two meetings.

Easy dub for Aaron Rodgers and the Packers 🧀

The seasons with the most points and touchdowns scored through five weeks in NFL history:

Since realignment in 2002, the NFL only three times has seen a division with three-or-more teams with at least four wins after five weeks. In the NFC East in 2008, the Philadelphia Eagles (2-3) actually weren’t one of the three clubs in that division to begin with four-or-more wins but went 7-3-1 over the season’s final 11 weeks, won their first two playoff games and advanced to the NFC Championship. In 2002, the Oakland Raiders (4-0) emerged from an early season AFC West logjam to advance to Super Bowl XXXVII.

The divisions with three-or-more teams with at least four wins through a season’s first five weeks, since 2002:

​NO LEAD IS SAFE

After the NEW ORLEANS SAINTS clawed back from a 17-point deficit to win in overtime on Monday Night Football, the 2020 season continues to write a consistent message: Teams are never out of games.

Chicago (4-1) is off to its best start since opening 7-1 in 2012 and this week travels to play the CAROLINA PANTHERS (3-2), who have won three straight under first-year head coach MATT RHULE. The Bears in three of their wins this year – Week 1 at Detroit, Week 3 at Atlanta and Week 5 vs. Tampa Bay – have erased deficits of 13-or-more points.

The Cowboys, who host Arizona this week in the second Monday night game (8:15 PM ET, ESPN), have registered wins after trailing by 19 points in Week 2 and 14 points in Week 5. Dallas rookie CEEDEE LAMB has been front and center in each of those comeback wins. Lamb, who leads all rookies in both receptions (29) and receiving yards (433), can become the first player in league history with at least five receptions in each of his first six NFL games.

Here is every reception by #Cowboys WR CeeDee Lamb through the first four weeks of the 2020 season: pic.twitter.com/z5kSMSBd3R

The Rams’ JARED GOFF, who leads Los Angeles into San Francisco for a Sunday Night Football matchup (8:20 PM ET NBC), has an NFL-best fourth-quarter passer rating of 155.8. Defensive lineman AARON DONALD tied his career high with four sacks in Week 5, while teammate TROY REEDER registered three sacks. Donald and Reeder are the first pair of teammates to each record at least three sacks in the same game since Week 17 of the 2015 season, when Houston’s WHITNEY MERCILUS (3.5 sacks) and J.J. WATT (three sacks) did it.

A pair of unbeaten AFC teams conclude Week 5 tonight at Nissan Stadium when the BUFFALO BILLS (4-0) play the TENNESSEE TITANS (3-0). Buffalo can advance to 5-0 for the first time since 1991 while the Titans, who were 4-0 in 2008, can match the best start in franchise history.

It’s also just the second Tuesday game in the NFL over the last 74 years. Before Dec. 28, 2010, when a Minnesota blizzard rescheduled an Eagles-Vikings game for a Tuesday night, the NFL had not played on a Tuesday since Oct. 1, 1946. That year, the New York Giants opened their season against the Boston Yanks two days later than scheduled due to torrential New England rain.

Ryan Tannehill accounts for four total touchdowns and Derrick Henry scores twice as the Tennessee Titans remain undefeated with a 42-16 win over the Buffalo Bills. #BUFvsTEN

THREE YOUNG QUARTERBACKS ON THE MARQUEE FOR MONDAY NIGHT

Three of the NFL’s brightest young quarterbacks take the primetime stage on Monday night in Week 6. 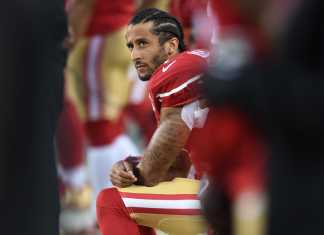