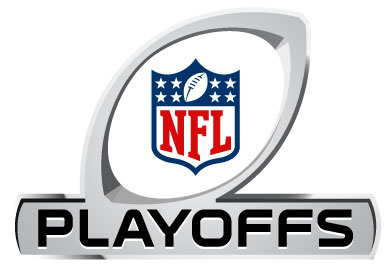 Seven of the remaining eight clubs in contention for the Lombardi Trophy at Super Bowl LIV in Miami were not in the Divisional playoffs last year. That’s the largest year-to-year turnover in the Divisional round since 1990, when the NFL instituted the current 12-team playoff format. 15 teams have been one game from advancing to the AFC or NFC Championship Game since the beginning of the 2018 playoffs.

All four clubs in the NFC – the GREEN BAY PACKERS, MINNESOTA VIKINGS, SAN FRANCISCO 49ERS and SEATTLE SEAHAWKS – are new to the NFL’s final eight. In the AFC, the BALTIMORE RAVENS, HOUSTON TEXANS and TENNESSEE TITANS join the group. The KANSAS CITY CHIEFS represent the only club to make a second straight appearance in the Divisional playoffs.

The No. 6-seeded Titans, whose 20-13 win at New England last week ensured that the NFL will have two new Super Bowl teams for the first time in four years, earned a trip to face the AFC’s No. 1 seed, Baltimore, Saturday in primetime (8:15 PM ET, CBS).

Meanwhile, the NFC’s No. 6 seed, Minnesota, earned a 26-20 overtime victory at New Orleans last week to advance to the Divisional round, where No. 1 seed San Francisco awaits in the first game on Saturday (4:35 PM ET, NBC).

The No. 6 seeds are now 4-0 over the past two seasons. For the first time in NFL history, all four No. 6 seeds have advanced to the Divisional playoffs in consecutive years, including INDIANAPOLIS and PHILADELPHIA in 2018.

Since Super Bowl LI, when New England topped Atlanta, 34-28, in the first overtime in Super Bowl history, postseason games have been fiercely competitive. Beginning with that Super Bowl, the last 27 postseason contests have been decided by just 8.1 points on average.

Seven of the league’s eight remaining teams finished among the NFL’s top 10 in turnover margin this season. GREEN BAY (+12) and SEATTLE (+12), which tied for third in the NFL during the regular season and meet Sunday at Lambeau Field (6:40 PM, FOX), have the best turnover margins among the remaining teams. MINNESOTA (+11, fifth), BALTIMORE (+10, sixth), KANSAS CITY (+8, tied-seventh), TENNESSEE (+6, ninth) and SAN FRANCISCO (+4, tied-10th) also ranked in the top 10 this season.

A closer look at each of the Divisional Playoff games (next page):

Raiders U18 siegt klar in Salzburg