Österreichs Football Portal
Start College Football College Football Begins: Oregon Ducks vs. LSU Tigers
Share
Facebook
Twitter
Linkedin
ReddIt
Pinterest
Email
On 3 September, the University of Oregon Ducks play the Louisiana State University Tigers in the Cowboy Stadium in Arlington Texas. The Ducks, who lost to Auburn 22-19 on a last second field goal in the national championship game, come into the game ranked #3 in the nation. While LSU, a perennial South-East Conference powerhouse come in ranked #4. This early in the season it is difficult to know the significance this game will have on the national championship race. However, it is certain that the winner of this matchup will have the inside track.

The game can be watched in Austria: ESPN America shows the Cowboy Classic live, Sept 3rd 2:00 am.

For now I’ll leave you with the hype.
Oregon Ducks, We’ll be back!

Mike Resch the Oregon Duck Fan reporting from Eugene Oregon where it never rains, it only pours touchdowns. 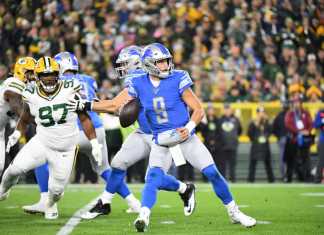