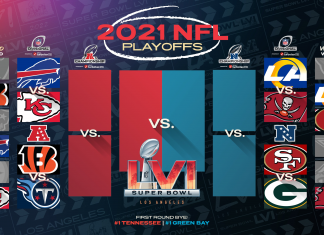 20. Januar 2022 0
Is there a better weekend every year in the National Football League? This year’s NFL Divisional Playoffs might be the best yet, with a recipe to satisfy every palate.