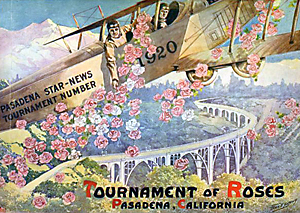 But even better than that, for the first time in it’s 106 year history, the Civil War game was for all the roses. The winner would become the champion of the PAC 10 conference and play in the rose bowl.

Both teams came into the game confident, although as one can see from the following two clips, the ducks had the edge.
This year’s game did not dissappoint. Arguably it was one of the best played most entertaining football game of the year. It included strong offensive performances by both teams and five lead changes. Oregon quartback Jeremiah Masoli took over the game late in the third quarter, with the ducks trailing by 9, and lead his team to victory 37-33.

With the Ducks victory the entire Eugene community celebrated. Overnight, all over town, merchants of all sorts began to sell Rose Bowl 2010 paraphernalia. The best gift to give or receive this Christmas in Eugene was a "I Love My Ducks" T-Shirt.

One of the babysitters is UofO Cheerleader Amanda Lauren Pflugrad.

She wrote the following.

"Our team is actually leaving for the Rose Bowl on the 29th. We usually arrive to the bowl games a few days ahead of time to practice as well as attend appearances. The cheerleading team will usually have two to three practices during the trip, where we set our formations and warm up our stunts/pyramids. We will also practice with the band to make sure that during our performance we are all in sync."

The cheerleading team has numerous obligations, while we are at bowl games. The day before the game, we have a pep rally to attend and a few other appearances for alumni. This year for the Rose Bowl we are actually performing in the rose parade before the game. After the parade, we are heading straight to the stadium where we will be performing the fight song and other stunt sequences at tailgaters. Then we will head to the stadium to cheer on our Ducks!

Bowl games are a lot of work; however, we also get to have a little fun as well. This year, after we perform at an appearance in Disneyland, we are able to walk around and enjoy free time at the Happiest Place on Earth! Traveling has always been a very fun and unforgettable experience. Not only is the team able to have the opportunity to cheer for the ducks, but it is a great bonding experience between friends as well!