Listed below are the final preseason leaders in the American and National Football Conferences. Rookie running back KENDALL HUNTER of the San Francisco 49ers was the NFL preseason rushing leader with 231 yards. Wide receiver ANTONIO BROWN of the Pittsburgh Steelers led the league in receiving yards with 230.  The top passer was Detroit Lions quarterback MATTHEW STAFFORD with a 154.7 rating.

The Arizona Cardinals finished the 2011 preseason with the top-ranked offense, averaging 403.3 yards per game. The Chicago Bears led the league in defense with a 255.0 yards-per-game average. 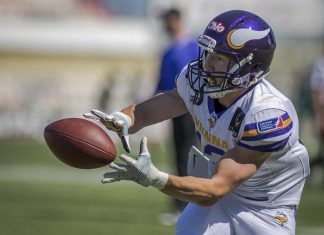