The NFL got “Back to Football” in grand fashion as Kickoff Weekend featured exciting play and record-breaking performances. Among the highlights of Week 1:

What’s in store for us this week?  Here’s a look at a few interesting storylines heading into Week 2:

The defending NFC North champion Chicago Bears seek their second consecutive win over a 2010 playoff team when they travel to New Orleans to face the Saints. In Week 1, the Bears knocked off the Atlanta Falcons 30-12.

Chicago quarterback JAY CUTLER passed for 312 yards in the opener, his second consecutive Kickoff Weekend start with at least 300 passing yards (372 yards in 2010). Cutler is the only Bears quarterback to throw for at least 300 yards on Kickoff Weekend. Chicago running back MATT FORTÉ added 158 scrimmage yards (90 receiving, 68 rushing), including a 56-yard touchdown reception.

Defensively, the Bears were led by linebacker BRIAN URLACHER, who had a 12-yard fumble-return touchdown and an interception.

To keep it going, the Chicago defense will try to slow down the New Orleans offense led by quarterback DREW BREES, who passed for 419 yards and three touchdowns on Kickoff Weekend. Running back DARREN SPROLES had a dynamic debut for the Saints as he posted 250 total yards (92 punt return, 76 kick return, 75 receiving, seven rushing), including a 72-yard punt-return touchdown.

“When you walk away from a game with almost 500 yards (477) of total offense against one of the best teams in the league on the road,” says Brees, “you have to feel pretty good about the direction we’re headed.”

Among Brady’s four TDs was a 99-yard strike to wide receiver WES WELKER, tied for the longest in league history.

The Patriots will face a strong offense this week when the San Diego Chargers visit Gillette Stadium, where New England is a perfect 9-0 in home openers.

“I guess I was in the right place at the right time,” says Tolbert. “Some of those plays were called for me but I had a decent game and can always do better.”

Philadelphia quarterback MICHAEL VICK returns to Atlanta as the Eagles face the Falcons on Sunday night. Vick was the No. 1 overall pick by Atlanta in 2001 and played six seasons (2001-06) for the Falcons, earning three Pro Bowl berths during that span.

“We found ways to make plays,” says Vick about the team’s performance. “The most important thing is that we got out with the win. We jelled really well. There are still some things we need to work on. But we were able to get it done.”

The Falcons will try to bounce back from a Kickoff Weekend loss in Chicago and return home where quarterback MATT RYAN is 20-2 (.909) in his career.

“We’re disappointed with our start,” says Atlanta head coach MIKE SMITH. “This is the start of the NFL season and we didn’t start very well, but we realize that. It’s a long season and we are going to get things corrected.”

Two teams with playoff aspirations will look to bounce back after opening the season with a loss. In the spotlight on Monday night will be two quarterbacks drafted No. 1 overall – the Rams’ SAM BRADFORD (2010) and the Giants’ ELIMANNING (2004).

Bradford, who is expected to play despite a bruise on his right index finger, is coming off an impressive rookie season. The 2010 AP Offensive Rookie of the Year guided St. Louis to seven wins and set NFL rookie records with 590 attempts and 354 completions while ranking second all-time among rookies with 3,512 yards.

Manning has started 104 consecutive games at quarterback – the longest current streak in the NFL at the position – and is the only QB in franchise history with consecutive 4,000-yard seasons (2009-10). He is 2-0 in his career against the Rams with seven touchdowns, no interceptions and a 125.5 passer rating. 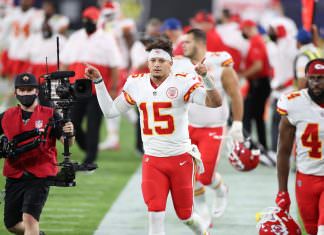