The train to the NFL Playoffs leaves in 33 days and there are only 14 tickets.

This week, the first teams can reserve seats but most of that postseason manifest is anyone’s guess.

Every AFC team has at least four losses. The last time either conference entered Week 14 with every team having lost four-or-more games was 2002 in the AFC.

In the NFC, WASHINGTON (6-6) and SAN FRANCISCO (6-6) hold the final two playoff berths but five teams behind them are within one game.

And overall, 19 teams have a .500-or-better winning percentage. Nine of those 19 were not in the playoffs last season, including the current top seeds in each conference: ARIZONA (10-2) and NEW ENGLAND (9-4). Should the Cardinals and Patriots clinch the No. 1 seeds in the NFC and AFC, two teams that were not in the playoffs the prior year will have secured home-field advantage for the first time since 1992 (San Francisco and Pittsburgh).

Since 1990 – a streak of 31 years – at least four teams every season have qualified for the playoffs after failing to make the postseason the year before.

But it’s only Week 14, so stay tuned and buckle up. The next five weeks are shaping up to be a memorable ride.

This week, the last four teams get their scheduled byes. After this week, every team will have played 13 games, with four games remaining. The league also will reach Game 205 of 272 this weekend, meaning 75 percent of the 2021 season will be in the books.

The ARIZONA CARDINALS (10-2) with a win this week would clinch their first playoff berth since 2015, when they advanced to the NFC Championship Game. They also have an opportunity to sweep the LOS ANGELES RAMS (8-4) for the first time since 2014 when the teams meet on Monday Night Football at State Farm Stadium (8:15 PM ET, ESPN).

The NFC West is home to the team with the NFL’s best record through 13 weeks. Five of the past nine NFC Champions have come from the NFC West, representing the conference in the Super Bowl, including two of the prior three seasons.

RT if you're glad to have Kyler back.@K1 x #ProBowlVote pic.twitter.com/lHY9womPBw

Murray has 13 career games with both a passing and rushing touchdown since entering the NFL as the No. 1 overall pick in 2019, tied with DAK PRESCOTT (13 games) for the third-most such games by a quarterback in his first three seasons all-time. Only CAM NEWTON (20 games) and JOSH ALLEN (16) have more.

Plus, Murray now has 20 career rushing touchdowns and has joined CAM NEWTON (28) and JOSH ALLEN (25) as the only quarterbacks with at least 20 in their first three seasons in the Super Bowl era.

Meanwhile, Rams wide receiver COOPER KUPP had eight receptions for 129 yards and one touchdown in his team’s win last week. Kupp leads the NFL in receptions (100), receiving yards (1,366) and receiving touchdowns (11) this season.

There’s no such thing as a “dumb jock.” To play professional sports at a high level you have to be a genius.

And, Kupp is the sixth player to record at least 90 receiving yards in eight-or-more consecutive games in the Super Bowl era. He is joining ODELL BECKHAM JR. (nine consecutive games in 2014), Pro Football Hall of Famer MICHAEL IRVIN (nine in 1995), Pro Football Hall of Famer CALVIN JOHNSON (eight in 2012), DWIGHT CLARK (eight in 1982) and ADAM THIELEN (eight in 2018).

TOP-FIVE OFFENSES FACE OFF IN TAMPA

Another team with an opportunity to clinch a playoff berth this week is the TAMPA BAY BUCCANEERS (9-3), who host the BUFFALO BILLS (7-4) on Sunday (4:25 PM ET, CBS). The Buccaneers (31.4 points per game) and the Bills (28.0) rank first and fifth, respectively, in scoring offense.

The Buccaneers are attempting to snap the longest streak without a repeat Super Bowl champion in NFL history. The last team to win back-to-back Super Bowls was the NEW ENGLAND PATRIOTS in 2003-04.

Pressure is on this time of the year!

"Let's Go!" is out now, including a great conversation with @SadhguruJV. Check it out wherever you get your podcasts. @JimGrayOfficial @SIRIUSXM https://t.co/rm8CcOAt4T pic.twitter.com/98IC9W0ppS

Quarterback JUSTIN HERBERT and the LOS ANGELES CHARGERS (7-5) continue in the bid for their first playoff berth since 2018 when they host the NEW YORK GIANTS (4-8) on Sunday (4:05 PM ET, FOX).

In last week’s win, Herbert passed for 317 yards with three touchdowns. He now has 27 touchdown passes this season after recording the most touchdown passes (31) by a rookie in NFL history last year. He joined Pro Football Hall of Famer PEYTON MANNING and RUSSELL WILSON as the only quarterbacks all-time with at least 25 touchdown passes in each of their first two seasons.

Justin Herbert is throwing it out of this world today 😱 #BoltUp

Herbert now has 11 career games with at least two touchdown passes. Surpassing PATRICK MAHOMES (10 games) for the second-most such games by a player in his first two seasons in NFL history. Only Pro Football Hall of Famer DAN MARINO (13 games) has more.

And, Herbert now has 18 career games with at least two touchdown passes. Surpassing DEREK CARR (17 games) for the second-most such games by a player in his first two seasons in NFL history. Only Marino (22 games) has more.

Two of the league’s top pass rushers will square off when the SAN FRANCISCO 49ERS (6-6) travel to meet the CINCINNATI BENGALS (7-5) on Sunday (4:25 PM ET, CBS) in a rematch of Super Bowls XVI and XXIII. Each team enters Week 14 in good position for a playoff spot after missing the postseason in 2020.

The 49ers’ NICK BOSA ranks fourth in the NFL with a career-best 12 sacks and enters this week with at least one sack in four straight games.

Nick Bosa coming through with his 12th sack 💪 #FTTB

Bengals defensive end TREY HENDRICKSON, who has at least one sack in eight consecutive games, ranks fifth in the league with 11.5 sacks.

In Cincinnati, wide receiver JA’MARR CHASE ranks first among rookies and fifth overall with 958 receiving yards, just 42 from 1,000. Bengals running back JOE MIXON ranks second in the league with 978 rushing yards, just 22 from 1,000. Last week, quarterback JOE BURROW (3,135) surpassed 3,000 passing yards. All three players are under the age of 26.

Joe Mixon is IN from 7 yards out!

22 unanswered points for the @Bengals. #RuleTheJungle

Last week, Baltimore’s LAMAR JACKSON rushed for 55 yards and currently leads all quarterbacks with 762 rushing yards. He’s also one of five NFL players (and the only quarterback) with at least 750 rushing yards in each of the past three seasons (2019-21).

It meant everything to @Lj_era8 to see his jersey retired at @UofLFootball.

Now he's breaking all the NFL records of players he grew up watching.@michaelirvin88 | @NFLGameDay pic.twitter.com/NRGmYErmEm

Cleveland’s NICK CHUBB (six) and KAREEN HUNT (five) are the only pair of running-back teammates each with at least five rushing touchdowns this season.

The Browns and Chubb, who ranks fourth in the NFL with 867 rushing yards this season. They will be challenged by a Baltimore defense that has allowed the NFL’s fewest rushing yards per game (84.25).

The Browns are playing consecutive games against the Ravens – Weeks 12 and 14 – sandwiched around their Week 13 bye. It’s the first time in 30 years during an NFL regular season that a team has played consecutive games against the same opponent, since Seattle (then a member of the AFC West) met the San Diego Chargers in Weeks 9 and 11 of the 1991 season. Both the Seahawks and Chargers had a Week 10 bye that season.

All four teams in both the AFC North and AFC West are .500 or better. The last time every team in multiple divisions had .500 winning percentages in Week 14 or later was 2008. That year, three divisions (AFC East, NFC East and NFC South) each featured four teams with .500-or-better records entering Week 14.

Two of those AFC West teams, the LAS VEGAS RAIDERS (6-6) and KANSAS CITY CHIEFS (8-4) are paired up at Arrowhead Stadium on Sunday (1:00 PM ET, CBS). Kansas City enters with a five-game winning streak.

Both the Raiders’ DEREK CARR (3,663, second) and the Chiefs’ PATRICK MAHOMES (3,384, fifth) rank among the league leaders in passing yards this season.

Entering this week, nine teams have four-or-fewer losses. And for most of those clubs, winning turnover margins has consistently foreshadowed winning games.

The teams with four-or-fewer losses and their records with a positive and even/negative turnover margin this season:

Only two games separate the division-leading DALLAS COWBOYS (8-4) and WASHINGTON FOOTBALL TEAM (6-6) atop the NFC East. Those teams meet twice in the next three weeks, starting with Sunday’s contest at FedExField (1:00 PM ET, FOX).

Washington, riding a four-game winning streak, began the season 2-6. Only two teams since the 1970 merger have reached the playoffs after two-or-fewer wins in their first eight games. Washington last season and the 1970 Cincinnati Bengals, who also started 2-6, then reeled off six straight wins before losing to the eventual Super Bowl champion Baltimore Colts in the first round of the playoffs.

Washington also has a firm grasp on its own destiny. The team’s final five games are against division foes. Washington is the first NFL team to finish with five straight games in its own division since the 1995 Tampa Bay Buccaneers.

Cowboys linebacker MICAH PARSONS leads all rookies and ranks tied for eighth in the NFL with 10 sacks. He is the first rookie since JOEY BOSA in 2016 with at least one sack in five consecutive games. With at least one sack against Washington, Parsons would have the longest streak by a rookie (six games) since JEVON KEARSE had an eight-game streak in 1999 en route to the NFL’s single-season record by a rookie, 14.5 sacks.

Four NFC teams are 5-7, but don’t expect all of them to stay on the outside looking in. Seven teams in the prior eight seasons (2013-20) have rebounded from 5-7 starts to finish in the playoffs. In the last two seasons alone, three teams have done it: Philadelphia in 2019 and Chicago and Washington in 2020.

On Sunday, two of those 5-7 teams – the ATLANTA FALCONS and CAROLINA PANTHERS – clash at Bank of America Stadium (1:00 PM ET, FOX).

On Sunday Night Football at Lambeau Field (8:20 PM ET, NBC), the CHICAGO BEARS (4-8) and GREEN BAY PACKERS (9-3) meet for the 204th time, including a split of their two postseason contests (the Bears captured a world championship 80 years ago this week over Green Bay, Dec. 14, 1941; the Packers earned a trip to Super Bowl XLV with an NFC Championship victory on Jan. 23, 2011).

The rich rivalry has extra incentive this week as the Packers can clinch a playoff berth with a win and help from other teams.

Green Bay owns a 102-95-6 advantage in all-time series. The franchises rank first and second, respectively, in all-time world championships, with Green Bay winning 13 and Chicago winning nine. The Bears (30) also have the most Pro Football Hall of Famers among NFL franchises, with the Packers (26) tied for second with the Steelers (26).

In Week 12, Green Bay quarterback AARON RODGERS passed for 307 yards and two touchdowns with no interceptions for a 97.2 rating and rushed for a touchdown in the Packers‘ win.

Rodgers recorded his 60th career game with at least 300 passing yards and two touchdown passes and joined DREW BREES (97 games), TOM BRADY (84) and Pro Football Hall of Famer PEYTON MANNING (70) as the only players all-time with at least 60 such career games.

Including Detroit’s dramatic win last week, a winning score on the final play has decided 26 games this season, the most through Week 13 all-time. Detroit earned its first win of the season, as quarterback JARED GOFF threw an 11-yard touchdown to wide receiver AMON-RA ST. BROWN with no time remaining in the fourth quarter.

Last week, St. Brown had a season-high 10 receptions for 86 yards, including his first career touchdown.

The Lions’ opponent this week, the DENVER BRONCOS (6-6) on Sunday (4:05 PM ET, FOX), is no stranger to game-winning touchdown receptions by rookies. St. Brown became the third rookie to record his first career touchdown reception with no time remaining in the fourth quarter since 2000. He is joining the Broncos’ K.J. HAMLER (Week 8, 2020) and the Jaguars’ ERNEST WILFORD (Week 1, 2004). 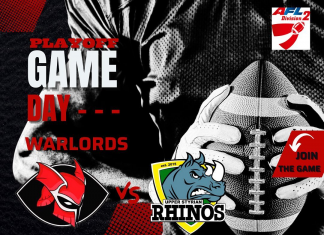