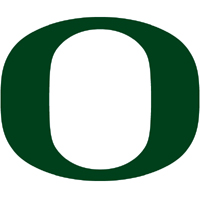 About Ohio State…
‚We have a lot of respect for them. They have impressive balance on both sides of the ball with
no holes anywhere. Their offense is very athletic and can run the ball since they have two
talented backs and a great offensive line. Their defense is also stacked from top to bottom, and
also well-coached. Pryor is a talented player in many ways. Just looking at him, he’s 6-6, 235 and
runs a 4.40-second 40. We recruited him in high school, so I know he’s a competitor and a great
kid.”

Daily planning/schedule for the Bowl Game…
‚We’re in the same routine as we normally are and haven’t changed anything. This isn’t a good
time to switch things up, and if the juices aren’t flowing now, you’re on the wrong team. We’ve
had success before – we were ninth in the country last year after our Holiday Bowl win – so
we’ve played in big bowl games before.”
About the importance of the Oregon passing game…
‚We need to be able to throw the ball. If we can’t, they’ll stuff the box with eight or nine and key
on the run.”

About making such an impact on team as a freshman…
‚I’ve been blessed to have guys with great experience help ease the transition. The coaches have
also given great direction.”

About the chance to play in the Rose Bowl …
‚This is a great opportunity and honor for us. We’re excited to try and win such a great and
historic game. Ohio State is a very good opponent – a big physical team that can pound the ball.”

About his transition since last year from defensive back to receiver…
‚It was a little tough at first. Once I started getting the terminology down, that helped. I also had
to adjust to the bump coverage, which I hadn’t seen in high school. The speed and size of the
defenders was also a transition. I do have to admit that being able to score is nice.”

About playing in front of friends and family…
‚I may have about 40-50 people coming to the game, so it will be nice to have a chance play in
front of them and I’m ready to give my best.”

On Oregon’s offensive style…
‚The run game is so strong for us and it opens up other opportunities in the passing game. We
just try to make plays on the outside. Jeremiah (Masoli) has been really great at getting the ball
out on time to us. We have been improving all year as it has gone along.”

On Coach Kelly…
‚He is very up-tempo. He is a very fiery guy and he brings energy to us and we feed off of him.
Guys from Boston always have a lot of energy and are fired up.”

Jeremiah Masoli, QB
Ohio State summary and keys to winning the game for either team…
‚They’re a really solid team, top to bottom. They have a big line, linebackers that can make plays,
and an experienced backfield. The team that can run their offense and execute and doesn’t turn
the ball over has a great chance to win.”

About what the Oregon State win taught this team…
‚It was a big game against another great team that played well. The early turnovers were a
challenge for us, but we stuck together.”

About Ohio State offense…
‚They’re a smash-mouth team that has a great running attack. Pryor is a great player and his
speed and ability to scramble forces you to commit to play hard and not let up. Blocking-wise,
their linemen are big and athletic, and don’t do anything different than the traditional blocking
patterns.”

Has playing against mobile quarterbacks like Washington’s Jake Locker helped prepare Oregon…
‚We go against Jeremiah (Masoli) in practice so we have to deal with a similar type of
quarterback every day.”

About the Oregon jersey colors and wearing green in the Rose Bowl
‚It doesn’t matter which color you wear, you have to play. I will say it was nice to see the Rose
Bowl patch sewn on it when they gave it to us. It was a special moment, especially after the
adversity we had to overcome earlier this year.”

About the Oregon team’s temperament entering the game…
‚We’re ready to give our best and have confidence based on what we’ve accomplished so far this
year which is important – if you don’t believe in yourself, it’s over before it even starts.”
About the defense’s lesser amount of media recognition compared to the Oregon offense…
‚We don’t have to be the focal point. We just go out and work hard and do our job and make
plays.”

Comparison of Ohio State offense and Oregon’s defense…
‚They’re a very athletic team with good size, including their receivers. Some people might label
us as a smaller, speedier team, but that doesn’t mean we can’t hit as hard. Playing against our
offense in practice conditions us to be at our best and be ready to play off of little rest.”

On defending Pryor…
‚I think we pride ourselves in team speed, so I don’t think we are too worried about his [Pryor’s]
speed. It is more his size and breaking tackles. It is just rallying to the ball and wrapping him
up.”

On their time in California…
‚First off, the weather is much nicer here. In Eugene we were practicing inside, but it is much
nicer out here. The atmosphere is different because we have people at practice, like guys‘ families
and a lot more media. There is a definite focus on us here.”

On practice…
‚We are winding down these last couple of days. We went hard the first few days of practice here,
so we are now letting our bodies recover a bit. But with the way that we have practiced, I think
we should perform well.”

On the team’s confidence…
‚I think our confidence comes from the way we prepare and the way we practice. If we practice
hard then we should be successful on Saturdays. Coach Kelly has really instilled confidence in us
we believe it and are carrying that over from the season.”

On the turning point in the season…
‚The way we bounced back from the Boise State game. We could have let that game overcome us
and turn the season in but we didn’t. We fought hard, even in the next game against Purdue that
went into double overtime where we won by two points, so I think the combination of those two
games was important to set the tone for our season.”

On what they are expecting the Ohio State offense to do…
‚I am expecting to see them pound the rock. If they can’t then I am expecting them to use Terrelle
Pryor outside the pocket and use him to scramble. I think they are similar to Arizona, where they
play the spread and pound the ball at the same time.”