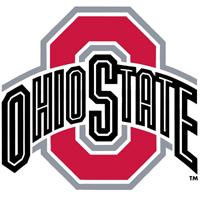 On playing in the Rose Bowl Game…
‚I think they are anxious to play in the Rose Bowl. They have heard about the Rose Bowl their
entire lives, or at least certainly their entire playing lives. Here at Ohio State is one of the goals
that you have and now they are here and they have worked extremely hard. They know they
have a very, very good opponent that they are being matched up with on the first and they are
just anxious to get to game day.”

On the attention and stage of this game…
‚It is very exciting. To have this many cameras and to have this many people interested, you can
see the look in our players‘ eyes that this is so much fun. We haven’t had this experience. This
isn’t old hat to us at all and we are excited to be here. I think the kids just want to get out there
and play and the coaches want to get out there and coach and see how we do.”

On having played other top teams…
‚We have had the opportunity to play two of the last three national champions and a team that
ended up second and I think right now we are facing as good a team as anyone in Oregon.”

On Oregon…
‚Oregon does a nice job of understanding who they are. Obviously they bring great tempo. They
don’t make many mistakes and they create great pressure with their offense. What you strive to
do with your team on offense, defense and special teams is to be the one that applies the pressure
— that is what I like about their whole team. Everyone talks about their offense and how they
apply pressure but they do that with their special units and their defense. To me that is what the
game of football is. You are either the one applying the pressure or having the pressure applied
on. They do a great job”.

On simulating Oregon’s offense in practice…
‚It’s difficult because someone can have much better tempo when they know what they are doing.
Sometimes your demonstration teams want to give you as good a tempo as possible but they
haven’t run their plays 9,000 times like your opponent has. I have been very impressed with how
our look teams though. They have given great effort at home and here and I think we are as
prepared as we possibly could be.”

On Oregon running back LeGarrette Blount…
‚I like the tempo change that he gives with 21. He is a great player. He is a physical player. You
know he will be anxious to play because he hasn’t played as much. Anytime you can add a great
player to an already great outfit it’s a good thing.”

On running quarterbacks Masoli and Pryor…
‚I think both (Jeremiah) Masoli and (Terrelle) Pryor can make something big happen even when
it doesn’t look like it will. They can make plays out of adverse situations. They can both hurt you
with their feet and their arms. Sometimes you face a quarterback that can hurt you with his
precision passing, another guy may simply be able to hurt you with his feet. Both these guys can
hurt you both ways and I think they are up-and-coming quarterbacks.”

On Oregon’s defense…
‚Just like they do offensively, they apply pressure. They do a good job coming off the edges and
make you show your hand. They have had to move around some people in the secondary and
they haven’t missed a beat. Those edge players can make some big plays. To me the strength of
their group are those two guys in the middle. They are serious football players. When you are
strong there and you can disrupt and make people change, I think those guys are underrated.”

On Pryor’s injury…
‚It is not an issue. He has looked as quick and explosive as ever. I think it was an issue in early
November, but I haven’t seen it be an issue in December and beyond.”

On first-year head coach Chip Kelly…
Every day is a new experience for you. I happen to know Mike Bellotti very well and I know the
kind of organization that Chip (Kelly) was able to step into and he has done a marvelous job
handling high expectations. When you follow a legend you are expected to do great things
especially when they leave you a great outfit. I think he brings a great even keel and I think he
has kept a great base and he knows what he believes in and what he expects on and off the field.
This isn’t just about football and that is the way Mike (Bellotti) did it. I think he has just stepped
in and has done a miraculous job for a guy who hasn’t had to do it before. The results speak for
themselves.”

On OSU playing better in big bowl games…
‚Coming off that loss to Texas, we were so close, but yet so far away from winning that [game],
but I felt we were in a good enough position to win and we didn’t get it done. I think that is what
a lot of our seniors are bringing back to the table and to the forefront of our minds that we are
close. We are working hard over during this bowl season. We’re hitting our stride towards the
end of this season.”

On being an underdog to Oregon . . .
‚Oregon’s a great team. They put up 40 plus points per game. They have a solid defense. For us
to be an underdog, they it is only natural. We don’t mind playing that role. We’re going to put
on our cleats, strap it up and see where the cards lay.”

On being off for forty days . . .
‚We’re healthy. We’re fresh. I don’t think we’ve missed a beat physically or mentally. We’re in
a good position.”

On Oregon’s offense . . .
‚It’s a really challenging offense. It’s almost like the Navy triple-option. We have to play
assignment football. They have a lot of misdirection and try to catch you off guard. That’s how
they break a lot of big plays. They have so many explosive players at all of the positions. We
have to be able to man up on the wide receivers and tackle the running backs and the QB. Their
QB is a do it all guy and has so much confidence in running his team.”

On what OSU has gotten better at . . .
‚Along with turnovers, our composure and poise, we’ve grown up as a defense. We’ve been
through a lot of adversity, whether it be losing at Purdue or the game against Iowa when we had
to get a stop. I think we’ve grown up a lot and put ourselves in a good position.”

On playing his last game for OSU . . .
‚I’m excited. I’m not excited to leave but I’m excited to play and leave it all on the field. It will
be a good game for me to leave a good impression for this team and the OSU fans.”

On Oregon’s offense…
‚It puts a lot of pressure on everyone on the defensive side. They use mismatches, so they will try
to get some of our big guys on some of their smaller, quicker, more athletic guys. The defensive
ends may have to play two roles, tackling the guy and getting to the quarterback. It’s hard for the
linebackers in the sense that they play a lot of misdirection. You have to play on your key. You
have to believe what you see and just go on it.”

On replicating Oregon quarterback Masoli in practice…
‚You can’t replicate (Jeremiah) Masoli because the guy is so deadly once he leaves the pocket.
That is where he makes all his plays. We are going to try and keep him more in the pocket
because when he starts rolling around and does his spin and everything that is when guys get
open. That is very difficult to replicate and I’m not sure you can. You have to do your job all the
time. It is a heck of a challenge against Masoli. You can’t stop him, you need to slow him down.”

On getting time off for the holidays…
‚I think the time over Christmas was crucial. We needed a little time off. We came back out here
and didn’t miss a beat. I think this is the most focused bowl we have been at. I don’t know if it’s
because we don’t have much free time, but we are very focused, more than any bowl game
before.”

On Ohio State’s defensive success…
‚I would say the reason we have been successful is that we have 11 guys flying to the football.
That has been our mentality from day one. If one guy misses we are going to have five other guys
there. Turnovers are crucial for us too. We have done a good job with that and anytime you can
do that, it is important.”

On playing in the Rose Bowl…
‚It is great. It is very special to me, with this being my last game; it is an honor for me to be at the
Rose Bowl. These fine gentlemen representing Ohio and this team are everything you want a
bowl game to be. It is a beautiful atmosphere in L.A. We are from Columbus and it is snowing
out there right now so anytime we can get out of that weather. Everything is a blessing and we
are so grateful to be here and are ready to play.”

On Oregon’s quick offensive tempo…
‚You see them go in hurry up and it makes a hard time for the defense to get set. We have a
couple calls and checks in place if they are going super fast we have things to do. With that
offense you have to respect them and you have to know that they do what they do to the highest
level in the country. We need to be ready and prepared.”

On different formations…
‚It is fun to lineup and double team a guy and hit a linebacker in the mouth and see who wins.
That is fun for an offensive lineman. We did a great job this season. Obviously we did well with
our zone read stuff, especially against Michigan. Lining up in the power run game is fun for us.”

On the offensive line’s injury problems this season…
‚We had the worst year with injuries since I’ve been here. The offensive line got hit hard this year.
I missed four or five games with surgery. We had how many different guys starting different
positions. Now you can see here at the end when we were one line, a unit here in November.
And now we are practicing together because some of the guys weren’t practicing so now if we
get that practice time we will be that much better.”

On keeping focused and practices affective during the break before the bowl game…
‚Coach Tressel does a good job of mixing things up. So when were back in Columbus we
changed up the practices, every other day was pads and then shells. On the shells day we had
conditioning at the end. On the pads day we had a scrimmage at the end which was fun. Then
they played music which was fun. Then getting to go home for Christmas, that is motivation and
then we came out and got to go to Disneyland and then its all fun at that point so it makes it
easy.”