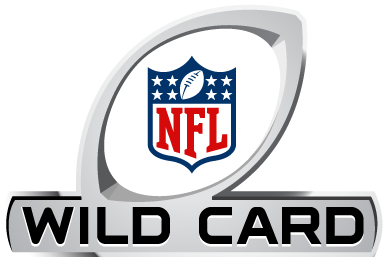 For the second consecutive season, there will be six games, with two on Saturday, January 15, three on Sunday, January 16, and for the first time since 1988, an NFL postseason game will be played on a Monday (January 17).

Seven of the 12 teams in action this weekend are new to the postseason in 2021, having missed the playoffs a year ago: ARIZONA, CINCINNATI, DALLAS, LAS VEGAS, NEW ENGLAND, PHILADELPHIA and SAN FRANCISCO. Two of those teams – Cincinnati (AFC North) and Dallas (NFC East) – won their divisions.

Since 1990, at least four teams every season have qualified for the playoffs after failing to make the postseason the year before. Additionally, at least two teams have won their divisions the season after missing the playoffs in 18 of the past 19 years, including 2021.

Each of the 12 teams playing this weekend hope to earn their first of four wins needed to capture the Lombardi Trophy. Winners in the Wild Card round have won the Super Bowl 10 times, including the TAMPA BAY BUCCANEERS last season.

The Wild Card round participants to win the Super Bowl:

Three of the top seven most prolific postseason quarterbacks are a part of the 2021 playoff field vying for the Super Bowl LVI title.

An emotional Ben Roethlisberger on his final game in Pittsburgh.

The quarterbacks with the most career postseason passing yards in NFL history:

The quarterbacks with the most career postseason passing touchdowns in NFL history:

The quarterbacks with the most career postseason starts in NFL history:

The teams to score at least 30 points in the most consecutive postseason games in NFL history:

With a touchdown against Philadelphia, Fournette would become the sixth running back all-time to score a touchdown in seven-or-more consecutive postseason games.

The running backs with the most consecutive postseason games with a touchdown in NFL history:

This will be postseason start no. 9️⃣ for Patrick Mahomes, the second-most for any QB under 27 in the Super Bowl Era 🤯 pic.twitter.com/4GXhhbu1V6

The players with at least 250 passing yards in the most consecutive postseason games in NFL history:

Mahomes has guided the Chiefs to a playoff win each of the past three years and with a victory on Sunday night will become the fourth quarterback ever to win at least one postseason game in four of his first five seasons, joining JOE FLACCO, DONOVAN MCNABB and RUSSELL WILSON.

Mahomes could also become the sixth quarterback with at least one victory in each of his first four postseason appearances.

Tell us if you've heard this one before…@PatrickMahomes to @tkelce for 6! #Chiefs

In his career, Kelce has recorded at least 100 receiving yards in six postseason games, tied for the second-most ever. Only Pro Football Hall of Famer JERRY RICE (eight games) has more.

The players with the most 100-yard receiving games in NFL postseason history:

TOP OF THE CHARTS

After splitting their regular-season series, the teams will meet for a third time on Saturday night in Buffalo (8:15 PM ET, CBS/Paramount+). Since 2000, this will mark the sixth postseason matchup to feature the top-two scoring defenses.

The playoff games to feature the top-two scoring defenses since 2000:

If New England rookie quarterback MAC JONES makes the start on Saturday, he would become the third rookie quarterback to start a playoff game against the top-ranked scoring defense in the Super Bowl era. He will be joining JOE FLACCO (2008 AFC Championship Game) and ROBERT GRIFFIN III (2012 NFC Wild Card round).

Mac Jones vs. Josh Allen. Round 3.

The rookie quarterbacks to start a postseason game against the top-ranked scoring defense in the Super Bowl era:

The first-round playoff meetings between clubs each with a +150-point differential since 1970:

When the LOS ANGELES RAMS host the ARIZONA CARDINALS on Monday night, (8:15 PM ET, (ESPN/ABC/ESPN2/ESPN+/ESPN Deportes), it will mark the fifth postseason game played on a Monday in the Super Bowl era. The first since the 1988 season. Each of the previous three games have also featured the Rams.

The Monday playoff games in the Super Bowl era:

The ball placement on this throw is ridiculous. @K1

The first-round postseason games featuring two starting quarterbacks each selected No. 1 overall in the NFL Draft:

Stafford to Higbee for 6️⃣.@RamsNFL jump to a 10-0 lead! #RamsHouse

The quarterbacks selected No. 1 overall in the NFL Draft to win their first career postseason start since 2000:

The youngest combined age of head coaches in postseason games since 1970:

Several top rookies from the 2021 season are expected to make their postseason debuts this weekend.

New England quarterback MAC JONES led all rookies in completion percentage (67.6), passing yards (3,801), touchdown passes (22) and passer rating (92.5). He is bidding to become just the fourth rookie quarterback since 2000 and first since RUSSELL WILSON in 2012 to go on the road and win his first NFL postseason start.

Jones became the third rookie quarterback to ever win six regular-season road games, joining DAK PRESCOTT (2016) and BEN ROETHLISBERGER (2004). With a victory at Buffalo on Saturday night (8:15 PM ET, CBS, Paramount+), Jones would join JOE FLACCO (seven road wins in 2008) as the only rookie quarterbacks ever to win seven road games, including the postseason.

Jones surpassed 250 passing yards in seven games this season, the most among all rookies.

The rookies with the most passing yards ever in their first career postseason start:

Cincinnati wide receiver JA’MARR CHASE is making his postseason debut against Las Vegas on Saturday afternoon (4:35 PM ET, NBC/Peacock/Universo). Chase ranked fourth in the NFL with 1,455 receiving yards this season, the most-ever by a rookie in the Super Bowl era.

JA'MARR CHASE FOR THE THIRD TIME.

The rookies with the most receiving yards ever in their first career postseason game:

Pittsburgh running back NAJEE HARRIS is making his postseason debut on Sunday night at Kansas City (8:15 PM ET, NBC/Telemundo/Peacock). During the regular season, Harris led all rookies and ranked fourth in the league with 1,667 scrimmage yards (1,200 rushing, 467 receiving). He surpassed 100 scrimmage yards in nine games, including in Week 16 against the Chiefs (110 scrimmage yards).

The rookies with the most scrimmage yards ever in their first career postseason game:

Elijah Mitchell powers through for his fifth TD of the season! #FTTB