There are times when numbers can say so much more than words. This is one of those times.

Through five weeks and 80 games, the 2021 NFL season has produced…

Every week matters in the NFL. In the AFC this week, two games feature battles of division-leading clubs: the Los Angeles Chargers at Baltimore on Sunday (1:00 PM ET, CBS) and Buffalo at Tennessee on Monday Night Football (8:15 PM ET, ESPN).

The last time in Week 6 or later that the schedule produced two games in the same conference matching division leaders was Week 7 of the 2016 season. That week, New England won at Pittsburgh, 27-16, and Denver defeated Houston, 27-9.

Foreshadowing what should be a thrilling ending to the regular season, NFL teams continue to play significant games that will determine each of the key playoff tiebreakers – head-to-head record, best winning percentage in common games, and top conference record.

Is there a more selfless superstar in sports right now than Justin Herbert? pic.twitter.com/cGPEFVml51

Winning eight times over a nine-game stretch is extremely difficult in the NFL. The league enters Week 6 with five quarterbacks who have done just that.

FORMER NO. 1 OVERALL SELECTIONS ON DOCKET IN CLEVELAND

The CLEVELAND BROWNS (3-2) host the league’s only undefeated team, the ARIZONA CARDINALS (5-0), on Sunday at FirstEngergy Stadium (4:05 PM ET, FOX). The starting quarterbacks – the Browns’ BAKER MAYFIELD and the Cardinals’ KYLER MURRAY – were the respective No. 1 overall selections in the 2018 and 2019 drafts.

PRIMETIME HAS PRODUCED PRIME DRAMA IN 2021

The NFL has played 15 games in primetime (Thursday, Sunday and Monday nights in each weekend). The majority of those games have been must-see TV. Of those 15…

In primetime this week, quarterback GENO SMITH is expected to make his first Seahawks start when the SEATTLE SEAHAWKS (2-3) travel to play the PITTSBURGH STEELERS (2-3) on Sunday Night Football (8:20 PM ET, NBC). Smith played college football 75 miles south of Heinz Field, just down the Monongahela River at West Virginia University. It’s the first start by a Seattle quarterback other than RUSSELL WILSON since Jan. 1, 2012, when TARVARIS JACKSON started the final game of the 2011 season, a 23-20 overtime loss at Arizona.

This week, the NFL will play its 99th international game, including preseason and regular-season games, when the MIAMI DOLPHINS (1-4) meet the JACKSONVILLE JAGUARS (0-5) at Tottenham Hotspur Stadium in London (9:30 AM ET, CBS). It’s the 40th time the league has played a regular-season game outside of the United States. The Jaguars will be playing their eighth game in London. Jacksonville made the trip to Wembley Stadium for one game in seven consecutive seasons from 2013-19. Miami will be making its fifth appearance in London and first since 2017. This week, the league announced that it is in discussions with three cities in Germany to host future regular-season NFL games: Düsseldorf, Frankfurt and Munich.

The GREEN BAY PACKERS (4-1) and CHICAGO BEARS (3-2) are each riding winning streaks heading into the latest installment of their historic rivalry, which renews Sunday at Soldier Field (1:00 PM ET, FOX). The Packers lead the all-time regular-season series, 100-94-6, while the teams have split their two postseason meetings.

The CINCINNATI BENGALS (3-2) head north this week to meet the DETROIT LIONS (0-5) at Ford Field on Sunday (1:00 PM ET, FOX). The Bengals’ two losses have been by just six combined points. Detroit, meanwhile, has an average margin of defeat of only 8.0 points.

What to Look For: NFL Week 6 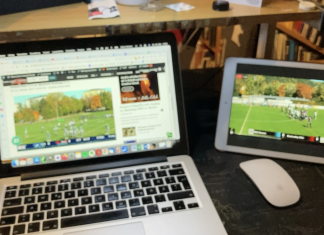