The PHILADELPHIA EAGLES improved to 11-2 and clinched the NFC East division title with a 43-35 victory at the Los Angeles Rams. The Eagles, who finished in last place in the division in 2016, completed a “worst-to-first” turnaround.
At least one team has won its division the season after finishing in or tied for last place in 14 of the past 15 seasons.

The Rams and Eagles entered the game each averaging 30.1 points per game, tied for the highest mark in the NFL this season. Today’s contest was the second matchup in December or later between two teams averaging at least 30 points per game since the 1970 merger. The only other instance since 1970 took place on December 11, 1983 between Washington and Dallas.

The Packers, who won on a 20-yard touchdown run by rookie AARON JONES in overtime last week, have scored a rushing touchdown and a receiving touchdown in overtime in the same season for the first time in franchise history.

Green Bay has won back-to-back games in overtime for the first time in team annals. 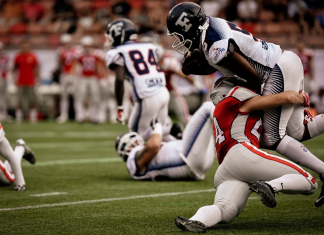