Of course, as head coach Chip Kelley pointed out in a telephone interview ‚the only important thing is to be #1 on December 5th.” That’s when the final BCS standings are set determining who will play in the NCAA national championship game.

The highest previous ranking for the Ducks was #2 in the polls in 2001 and 2007. In 2001 the Ducks finished #2 but were denied a chance to play in the national championship game by a BCS formula that was later changed.

The Ducks climb to the top started back in 1995. That year coach Rich Brooks took the Ducks to the Rose Bowl as Pac-10 champions. After the season Rich Brooks left for the NFL and announced his then-offensive coordinator Mike Bellotti would be the next head coach. Bellotti went on to become the program’s winningest coach with 116 wins.

Under Bellotti and with the help of a multimillion-dollar deal with Nike, which is run by Oregon alum Phil Knight, the program became a consistent winner and Pac-10 contender. By 2009 when Bellotti announced he was resigning and that his offensive coordinator Chip Kelly would become head coach, the Ducks had a national reputation as an offensive powerhouse.

This year the Ducks are carrying on the offensive tradition averaging 54.3 points and 567 yards of offense per game. Oregon’s star running back and Heisman trophy candidate LaMichael James is leading the nation with an average of 169.6 rushing yards per game and is second in all-purpose yards with 188.4 yards.

But as we all know, football is a team sport. What makes the 2010 Oregon Ducks special is their tempo. Opponents are wearing out as each game progresses. Three times already this season, Oregon has been behind by ten or more points and has gone on to post a double-digit victory. The Ducks play hard for 60 minutes, the opponents can’t keep up.

We will see if UCLA can stay with the Ducks this Thursday, 23 October at Autzen Stadium. GO DUCKS!

The video follows the 2009 season game by game.

In the video notice that the Ducks wear a new uniform combination every game. Thanks to the deal with Nike the Ducks have become the leaders of fashion in college football. Over the past years the Ducks have worn a new look every game by mixing and matching all sorts of yellow, green, black, white and silver outfits, in a multitude of combinations.

As if these uniform color combinations weren’t enough the ducks also wore ‚throw-back” colors versus the California Bears and Oregon State Beavers.

Oh and here’s a video to remind you all Oregon isn’t just number 1 in football.

Mike the Oregon Duck Fan reporting from Eugene Oregon, where it never rains, it only pours touchdowns! 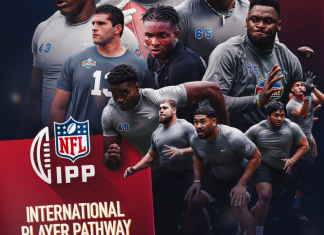