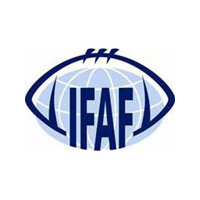 The tournament will be held on the same day as the NFL Super Bowl XLIII and will feature two categories of play – youth flag (under 15) and men/women flag (18 +). Last year about 20 teams took part in the competition.

The official rules of the tournament will be based on EFAF rules and playing time will be 20 minutes running time on 80-30-yard fields.

The following teams have already signed up:

Austria…
The Austrian American Football Association and the Swarco Raiders held a coaches clinic, which was open to all teams.

There was a different speaker for each topic. Swarco Raiders assistant offensive coach Rush Bowers discussed the first topic on developing a quarterback. Santos Carrillo is the head coach of the Swarco Raiders and talked about building a defense. The discussion on strong-side power and offense line run technique was led by Nicholas Johansen, who has been the Raiders offensive line coach since 2007.

Denmark…
The Danish American Football Federation (DAFF) is hosting an under-16 and under-19 tournament at Holstebro Stadium in Holstebro, Denmark on February 14-15, 2009.

The tournament will feature eight teams in each category with 15 players on each team. It is a 7’s tournament with games being 20 minutes running time. The winning teams will receive trophies.

Four of the five IAFL board members were re-elected to their positions; Chair Chair: Terry Lynch, Secretary: Cillian Smith, Treasurer: John Durrand, and Development Officer: Ciaran O’Sullivan. Maurice Cosgrave was elected as the new Commissioner replacing Darrin O’Toole who has recently taken a prominent position with the coaches association.

In the second quarter both teams exchanged touchdowns again but the Titans pulled ahead with the extra point and the score at the end of the half remained 12-13.

After a scoreless third quarter the Titans clinched the championship with a touchdown for a final score of 19-12.