Pressemeldung der IFAF Europe
Women To Write Their History In Europe
Now that the IFAF Europe is all set and ready to go – it’s time to do actual work. One of the major events planned is the first Women’s European Championship which will take place in the beautiful country of Spain.

Goran Nisavic, IFAF Europe Chairman, about the event – "This is a historic event for American football in Europe since this will be the first ever women’s championship played. We are not only developing the women’s section of our sport, but we are also fulfilling the requests of Olympic committee in order to become Olympic sport one day. I wish Spanish Federation all the best in organizing this historic event for American football in Europe and I am sure they will do a great job and that they will justify our hosting decision".

Championship will take place from August 1st – 9th, 2015 at the stadium/sports complex La Nucia in Benidorm, with nearby international airports of Alicante and Valencia. FEFA will make sure its hosting rights are fulfilled to the highest level, and they are already working on preparing everything for the national teams – who can expect to receive the applications very soon.

FEFA’s president, Enrique Garcia de Castro knows there’s a lot of work ahead of not just him, but the whole Federation – "Spanish Federation has been honored by IFAF Europe to host the first Women’s European Championship next summer in Spain. It is a great challenge we will carry out with enthusiasm and as the President of the Federation, I can promise you an unforgettable championship. We want to welcome all teams, athletes, technicians and staff who will enjoy the games in our country. It is really a historic event and we thank IFAF Europe for the confidence in our Federation to organize this championship. Women teams have shown that they are on a great level of football all over Europe and it is time to have the Women’s European Championship. We are waiting for all of you next summer. Welcome to Spain!" 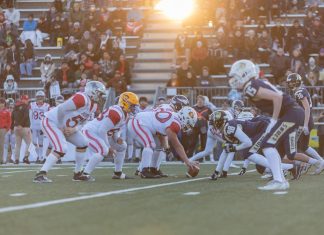