Österreichs Football Portal
Start College Football College Football WEEK 5
Teilen
Facebook
Twitter
WhatsApp
Email
Linkedin
Pinterest
This weekend the College Football season gets down to business. Almost all games are conference games and therefore are of great importance. This is because at the end of the season, except for the BCS championship, conference standings are used to determine which teams will be playing in each Bowl. Bowl Game organizers sign contracts many years in advance to determine the teams that will play each year. For example, the Pac-12 and Big-10 conference champions always meet to play in the Rose Bowl (unless either team is playing in the BCS championship game). Here is a

list of season’s bowl games and their conference partners.
Speaking of conference games … this weekend in the Pac-12 the #2 Oregon Ducks are hosting the California Golden Bears. The Bears are much improved with a new head coach, Sonny Dykes, and phenomenal freshman quarterback Jared Goff. Goff is averaging 435 passing yards per game, the most in college football. So far this year the Bears only problem has been defense. This doesn’t bode well for the Bears as the Ducks’ offense has been unstoppable averaging 61 points per game.
Two weekends ago, the Ducks hosted the University of Tennessee from the SEC conference. Fans of SEC football had hoped to show that their conference is the strongest in the nation by holding the Ducks’ offense in check. It didn’t happen, Oregon rolled to an easy blowout victory. With four minutes remaining in the third quarter the Ducks took their starters from the game. By the end of the third quarter the Ducks had passed and rushed for 658 yards of offense and led 59-7 (!). Final score 59-14.
Here is a quick highlight video of the game.
“Tennessee, Oregon, Oregon, Oregon, Oregon, Oregon, Oregon, Oregon, Oregon, Tennessee.”
Here is a

video of the full game. It is interesting to watch the introduction. The TV announcer believes Tennessee will test Oregon. If you watch the game you will see the Ducks start slowly. Eleven minutes into the game, Tennessee led 7-3 and Oregon quarterback Marcus Mariota was having difficulty throwing the ball. Oregon looked sloppy. Then … KABOOM! Oregon rolled and scored eight TDs in eight possessions.
The Ducks surprised Tennessee with their speed. The SEC conference doesn’t have anything like Oregon’s “Blur Offense”. But as Tennessee learned, its not just the Offense that is fast, the Defense is fast too. Actually the entire team is FAST! Here is an excellent article by John Brant of ESPN titled “ 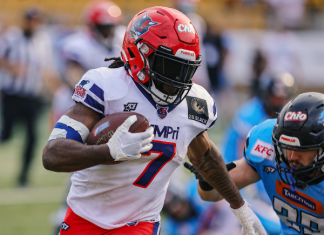